Are you looking for a mobile 4G broadband connection for your devices? The good news is that it's now widely available, and reasonably affordable.  A bit of interesting history:  4G networks first launched in 2009 in limited markets with Sprint's 4G WiMAX offering, which they later spun off as Clear (f.k.a. Clearwire), and purchased back again by Sprint in 2013(!).  They offered no contract 4G wireless broadband, however, no classic pay-as-you-go 4G broadband was available.  In 2010, we started to see the industry converging on a different next generation 4G mobile broadband technology called LTE (Long Term Evolution).

Ultimately Sprint's 4G WiMAX technology was discontinued, and they converted to the LTE standard.  Carriers started rolling out 4G networks in a meaningful way starting in 2011, and prepaid carriers like Cricket 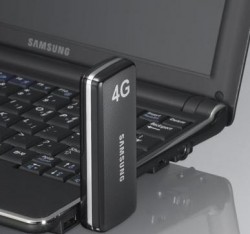 and MetroPCS were the first to offer no contract plans alongside their other prepaid wireless offers.

Before any of the classic prepaid carriers could get their 4G services out on the market, Clear launched a new brand called Rover.  It was specifically targeted towards the youth market, but of course, anyone could use it.  The unique aspect of the Rover brand is that it was a classic prepaid offering, and actually the first prepaid offering in the U.S. (and in the world for that matter!).  Rover was ultimately canned before it made any real headway, but will remain a part of prepaid 4G broadband history!


Well, since then we now have a variety of available offers.  While some plans have throttled speeds (ex. 8Mbps), and coverage can vary (just like any wireless service), carriers are mostly competing on the highspeed data allowance (i.e. bucket of high speed data), and price.  In addition, there's been a flip-flopping of offering unlimited data versus data alllowances.  First it was unlimited.  However, as customer usage increased, this became unprofitable, so carriers started putting on limits.

Unfortunately, pathetic marketing practices took hold, and had carriers advertising unlimited plans due to the fact that after you reached your high speed data limit for the month, you were throttled, but still had data access.  While the throttled speed was essentially useless for anything other than having your email client synch your messages, carriers could market that their plans were unlimited because they technically still provided you with data after your high speed "usable" data limit was reached.  Customer confusion (and backlash) ensued, and now it's more common for carriers to market their high speed data allowances.  You can even find the odd truly unlimited high speed data plan re-surface as carriers are seeking to differentiate themselves and appeal to data hungry consumers.

Below you'll find a table that lists the no contract 4G wireless broadband services in the U.S.  Despite industry consolidation and bankruptcies, the list continues to grow as the market keeps getting hotter, so definitely please check back often!

If you're looking for more available prepaid mobile broadband offers, you can also review 3G Prepaid Wireless Broadband Plans page.  Also, be sure to educate yourself on the important topic of Throttling, which is a major factor as it relates to mobile broadband!