Broadband throttling has now entrenched itself in not only the prepaid wireless market, but in the entire wireless and fixed broadband industry overall.  While some people are crystal clear about what it means and how it works, many customers, dealers, and so-called experts, are still either confused, or have seen or devised seemingly deceptive communication and marketing practices around throttling.  This page seeks to provide all the background 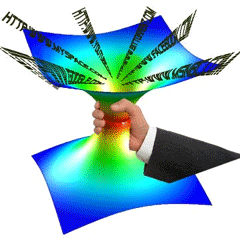 and details you'll need to fully understand this topic to become a well-informed customer!

The dictionary definition of a "throttle" is "a valve that regulates the flow of fluid, or to regulate the speed of an engine."  As a noun, "throttling" can be described as "the act suffocating someone by constricting the windpipe."  Either way, these descriptions create a clear visual of the intent of the action!  While there are no doubt thousands of applications around the world where this would be a positive action (too much liquid or power in certain cases would be dangerous!), it generally does communicate something undesirable, and in the world of wireless broadband speeds, it's most certainly a negative "feature" that customers generally do not want to unexpectantly experience.

What Is Broadband Throttling?

This is where wireless providers will give you a specific amount of data for use over a specific period of time, and most critically, at a particular speed (ex. 2.5GB of 4G data each month).  If you use up your data allowance within the specified period of time, you'll be throttled to a lesser speed.  4G plans will take you down to 3G, and usually even lower down to 2G or even 1X speeds.  This throttling capability was initially only invented and used for customers who were considered abusers.  These are people who are using 10 or 20 times the allocated (or expected) usage, or even greater for people on unlimited plans.  However, with smartphones, tablets, and a whole slew of data hungry mobile broadband devices, throttling has become a concern for even the average user.


Why Do Wireless Carriers Throttle?

Historically, carriers would only slow down broadband speeds for users on unlimited plans who were simply using so much data, that a small percentage of these types of abusers actually impacted network capacity (i.e. how much bandwidth, hardware, spectrum, etc.) carriers need to purchase and maintain to serve the needs of their customers.  As wireless broadband networks cost a lot (in the billions!), cutting down on such people allows carriers to keep prices reasonable for 99.99% of average customers.

The current landscape, however, no longer relates solely to abusers.  Smartphones proliferation, and data hungry apps like media streaming, online gaming, picture and video uploading to social media, etc., have resulted in the average user consuming a lot more data than ever before.  Thus, even reasonable usage of the average non-abuser has real network capacity constraint considerations.  This is why we also see carriers embarrassing, and even actively promoting WiFi usage as it offloads data from their cellular networks.  An interesting historical factoid:  Sprint used to be so against customers using WiFi as they saw it as lost data revenue opportunity, that they launched a special version of the Palm Pre without WiFi.  It's interesting how the tables have turned!


Why Is Broadband Throttling Good?

Based on the above details, this is good for the average customer, because it allows us to get reasonably priced plans that allow carriers to remain profitable, and to continue to support good service.  Without this type of protection, plan prices would no doubt have to be increased.


Why Is Throttling Bad?

Broadband throttling has become a issue of concern for the average customer as the limits are no longer 10 or 20 times what most people would be using.  Limits are now more in the range of what we would use on a average monthly basis.  Carriers will tell you that it doesn't affect most people, however, our appetite for data has increased, while data limits have decreased.  The trick here is offering plans with reasonable high speed data limits that don't intrude on the average user's experience, including offering reasonably priced plans with higher data allowances for those who want it.

This is the interesting part!  Prepaid carriers in particular set the market on fire by offering unlimited voice, text, and data.  This translated from basic feature phones to smartphones, and then to mobile broadband (ex. USB modems and mobile hotspots).  As device capability increased, and services like Netflix and streaming TV were brought to smartphones and tablets, carriers realized that truly unlimited data plans wouldn't allow for long term profitability.  So they introduced throttling.

The issue was that carriers were still advertising unlimited plans, with the high speed data limit in small print.  This ultimately caused consumer backlash, and that marketing tactic is largely done now.  Most carriers now clearly market each plan's high speed data allowance, noting that thereafter data speeds will be limited (i.e. throttled).  Interestingly, some carriers are dabbling back into the unlimited high speed data realm as an attempt to differentiate themselves from the competition.  You'll find, however, that these plans are much more reasonably priced (from a carrier perspective) that allows them to maintain profitability.  We all want t great deal, however, if good carriers can't be profitable, competition will ultimately suffer in the long run.

Conclusion - What To Watch Out For!

Generally speaking, broadband throttling is a bad experience.  It's not just about streaming content not working, but even browsing the Internet, and completing simple tasks will prove to be painful given how most carriers are managing their throttling policies.  Sure, you'll still have data, which is the most frustrating marketing scam (yet technically fully legal).  However, now we need to have a better understanding of our data usage needs.  So, keep these things in mind when choosing a prepaid wireless broadband plan:
So, all-in-all, be aware of your needs, what's available, your options for changing your plan, and don't be fooled by deceptive marketing practices!  Also, keep your eyes open for "un-throttled" marketing messages.  However, don't be fooled by over-paying for un-throttled plans, which may exceed your actual data needs.  No doubt, it's the wild wild west out there!