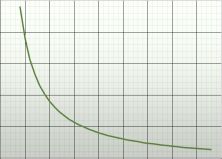 Postpaid wireless demise is imminent!  Ok, so you must be asking yourself what do I really mean when I make such a statement?  A lot more is truly meant by saying that than simply to get your attention.  The reality is that prepaid no contract wireless has evolved to the point where there are very few reasons why one would believe that postpaid wireless should continue to be the predominant plan choice in North America.  It used to be that prepaid wireless was mostly for the credit challenged, an emergency phone, or limited-use customers, however, that's by far no longer the case.


I won't go into the benefits of prepaid wireless as that's covered in the Why Prepaid Wireless section.  I will, however, boil it down to the fact that there is now very little difference between prepaid (no contract) and postpaid (contract) type plans.  It can be said that for that one, two, or three year contract that you sign, what you get is a discount on the upfront purchase of your phone, but typically end up paying significantly more per month than you would on the same prepaid plan.  To learn more about the topic of phone discounts, please head over to the Phone Subsidies section.  With the evolution of prepaid, you can now find the most common and needed features on prepaid wireless, including such features as:

You also get far greater flexibility in terms of how you pay, including
The reality is that prepaid offers customers so much flexibility that postpaid wireless demise seems inevitable, no?  Well, maybe it will take some time, but all signs are indicating a massive decline with increasing dependence on growing the prepaid customer base.  We've been seeing this decline happening, and it's nowhere near done.  Signing up for a two year contract and getting a $500 phone for $50 or even free certainly is compelling!  However, as features on handsets continue to get less and less expensive, much like the cost of computers became less expensive over the years, carriers will be able to offer fully featured high end phones, including smartphones, at very low prices.  In the meantime, prepaid users can simply opt to pay more for a handset without a contract, knowing that in the long run they're actually saving money.  Just how much people are willing to pay to avoid a contract is an interesting question.  Read what others had to say by visiting the Subsidies Comment section.

Truth be told that prepaid wireless doesn't have the stigma in other countries (ex. Europe) that it historically has had in North America.  Perhaps it's a matter of the European environment where people move between regions and counties so fluidly, or perhaps it's the slow evolution of thought in North America, or a combination of both as well as other factors.  People in other counties are more comfortable paying for technology (they don't expect everything to be free!), and they truly value the flexibility of not being bound to a contract.  It has nothing to do with social status, credit, or anything other than to say "why should I sign a contract and commit to making a minimum monthly payment just to get a discount on a phone?!"  So is there postpaid wireless demise on its way to North America?  Absolutely!  I don't think at this point in time that anyone is willing to debate that this is true.

I foresee a world where wireless carriers keep customers by providing truly exceptional products and customer service.  Keeping customers more than satisfied, but happy with the products and services they use because they're fundamentally good products, and not because they're "stuck" in a contract.  Imagine that?  Is that so unbelievable? (Yes, I'm being sarcastic!)  Provide me a good product and service and I'll stay with your company; if not, I'm gone.  But don't expect to keep me by having me sign a ridiculous legal document.

With the coming of smartphones on prepaid, and customers' frustration with unscrupulous contracts, I truly do see a time when postpaid represents the minority of customers.  Even if it's never truly a full death, postpaid wireless in North America is on a massive decline trajectory; there's no doubt about that!