Definition of Broadband - Is There One?!

Interestingly, as common and popular as it is, and with all of the discussion around 4G mobile broadband services, and no contract broadband, there actually isn't a standard, universally agreed to definition of broadband.  It's actually quite amazing when you think about it.  In general, broadband can be defined as one single medium

carrying many channels (and a large range of frequencies) at once over long distances.  For example, in the world of television, a broadband service provides dozens of channels over one single cable delivered to your home.  In terms of the Internet, it can carry data, video, and audio all at once.  So before broadband, you wouldn't be able to use Skype to have conference calls, or watch streaming video over your Internet connection.  Broadband technology enabled the delivery of these types of services.  That's the real world application!


Many people like to define broadband in terms of the physical speed that it can deliver.  This approach is certainly very logical.  The problem is that no one can seem to agree on what that speed is or should be!  Here's a few examples of common speed-based definitions of broadband: 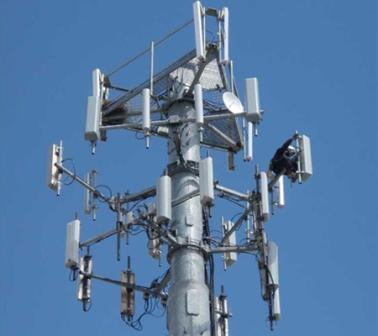 What everyone CAN agree on is that there is no agreement on the definition of broadband, and that it changes over time!  As a result, many people loosely define it as any high speed Internet access.  With all of the Prepaid Wireless Broadband technologies currently available, while such a definition is nice and generic, it certainly does not provide any insight for those of us who want to compare and evaluate the existing broadband technologies.

Broadband elements that people do tend to agree on:

Conclusion!
I believe that it doesn't really matter what people debate in terms of a formal technical definition of broadband or what particular speed is required.  For me it comes down to what you can do with a particular broadband connection.  For example, how long does it take to view an image that's downloaded online?  Can you listen to streaming music or movies and have it come through smoothly?  Can you have a phone conversation with good quality audio using VoIP (Voice over IP; i.e. voice over data) services like Skype, Hangouts, or Face Time?  Or better yet, can you have a live video conference without skipping images and shoddy speech?  These are the types of real life activities that really tell you the capabilities of your broadband connection.  So whether it's officially 2.5G, 3G, 4G, or 5G it doesn't really matter!

Carriers are constantly marketing that their service is faster than their competitors, or that stating that prepaid sub-brands have throttled speeds.  Don't let yourself get caught up in the propaganda!  What matters is performance.  If a particular prepaid service is capped at 10 Mbps, compared to its postpaid big brother performing at 20 Mbps, what's the real world difference?  Can I still stream 4K video with no buffering on 10 Mbps network?  Of course!

Wait, there's more!
Let's go beyond just the definition of broadband.  Once people started getting access to broadband, mobile broadband in particular, it became clear that we could now download hundreds of megabytes, and even 100s of gigabytes of data without long, irritating wait times.  Companies then started selling customers buckets of data.  Initially data plans were actually unlimited because people were fearful of going over their data bucket and ending up with a huge overage bill at the end of the month.  However, now consumers are more savvy, and getting used to how much data things consume.  However, it's still not always clear, and with prepaid broadband plans, knowing how much data you need is important, because it can drastically change the price and value of a given provider's plan, and definitely change your purchase decision.

Many broadband carriers will provide a list of estimated activities that a user can accomplish with a certain amount of megabytes.  They use real world, human language to help people better understand.  Here's a commonly accepted example of what you'll see companies claim that I think is very useful: